The mission of the American College of Radiology (ACR) is to serve patients and society by maximizing the value of radiology, radiation oncology, interventional radiology, nuclear medicine and medical physics by advancing the science of radiology, improving the quality of patient care, positively influencing the socioeconomics of the practice of radiology, providing continuing education for radiology and allied health professions and conducting research for the future of radiology. The ACR currently boasts a membership of over 36,000 radiologists, radiation oncologists, medical physicists, interventional radiologists, nuclear medicine physicians and allied health professionals.

Radiology Associates has several physicians who have received the designation of Fellow of the American College of Radiology. ACR Fellows demonstrate a history of service to the College, organized radiology, teaching, or research. This is one of the highest honors the ACR can bestow on a radiologist and less than 10% of ACR members achieve this distinction. Radiology Associates’ physicians have served in many roles within the ACR, including AMA Delegate, Committee Chair, Executive Committee Member and President. 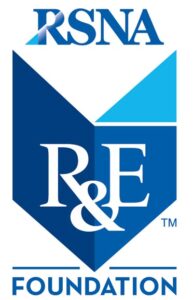 Throughout the long history of our practice, the RA physicians have been heavily involved in giving back to the radiology industry through investments of time and financial support. Below are a few of the current areas where Radiology Associates is investing resources.

The RSNA Research & Education Foundation mission is to improve patient care by supporting research and education in radiology and related scientific disciplines through funding grants and awards to individuals and institutions that will advance radiologic research, education and practice. Radiology Associates contributes annually to the R&E Foundation in order to support research and innovation within the field of radiology. In addition, most of the RA physicians support the Radiological Society of North America (RSNA) through active membership.

Radiology Associates of North Texas has been an active member of Strategic Radiology since 2012.

The Image Gently Alliance began as a committee within the Society for Pediatric Radiology in late 2006. In 2007, The SPR leadership reached out to friends and colleagues in sister societies representing the key members of the imaging team, ACR, ASRT and AAPM, to form “the Writers Group.” These organizations developed the concept of the Alliance and their representatives developed the campaign in the summer of 2007.

Image Gently, the first in a now world-wide network of campaign partners, has become a recognized presence at both national and international venues.

Radiology Associates of North Texas is a proud participant in the Image Gently® campaign.  Our dedicated pediatric radiologists are committed to safeguarding our youngest patients.

The American College of Radiology and the Radiological Society of North America formed the Joint Task Force on Adult Radiation Protection to address concerns about the surge of public exposure to ionizing radiation from medical imaging. The Joint Task Force collaborated with the American Association of Physicists in Medicine and the American Society of Radiologic Technologists to create the Image Wisely campaign with the objective of lowering the amount of radiation used in medically necessary imaging studies and eliminating unnecessary procedures.

Radiology Associates of North Texas is a proud participant in the Image Wisely® campaign.  In order to ensure the safest imaging experience for our patients, our practice continually monitors and updates the protocols used by the imaging facilities we serve.

For more information on the Image Wisely campaign, visit: www.imagewisely.org

The RBMA is an industry-leading organization comprised of more than 2,400 professionals who focus on the business of radiology. RBMA members support diagnostic imaging, interventional radiology and radiation oncology providers in the full spectrum of practice settings. RBMA connects members nationwide to valuable information, education, and practice-related resources and serves as an authoritative industry voice on behalf of shared member interests.

How does the RBMA make a difference?

Data: RBMA provides members and their businesses with industry-leading financial and operational survey and benchmarking data.

Advocacy: The RBMA proactively interacts on behalf of our membership and the radiology industry with Congress, federal agencies and state legislative and regulatory bodies, and educates members about regulatory and industry developments that may create challenges or opportunities for their businesses.

All members of the Radiology Associates executive team are active members in the RBMA.

The purposes of the Texas Radiological Society, as a chapter of the ACR, shall be to serve the specialty of radiology in Texas by: Advancing the science, education and practice of radiology. Improving radiologic service to patients and the medical community. Fostering closer fellowship among radiologists. Addressing the economics of radiology. Establishing and maintaining high medical and ethical standards.

The Texas Radiological Society (TRS) was founded in 1913 by George Doherty Bond, M.D. of Fort Worth. Twenty-four years later, Dr. Bond’s son, Thomas Burke Bond, M.D. established the radiology practice now known as Radiology Associates of North Texas, P.A. Over the years, many of our practice’s physicians have served as president of the TRS, including the immediate past TRS president, Dr. Tilden Childs, III.

The Tarrant County Academy of Medicine was formed for the purpose of “improving the medical knowledge of matters relating to health and medicine among the lay public, and thereby improving the health and welfare of residents of Texas.” Today, the Academy serves as the patient’s and the community’s advocate by linking them to medicine.

The Academy provides meeting space for more than 30 meetings per month and hosts more than 7,200 attendees per year. Along with committees of the Medical Society, the volunteer Alliance, Senior Citizens Services, the Ethics Consortium, and the Emergency Physicians Advisory Board meet regularly. Additionally, the Tarrant County Medical Society responds to patient questions about physicians acting as patient advocate. Numerous medical education seminars sponsored by the Texas Medical Association and Tarrant County Medical Society are held at the Academy of Medicine. The Tarrant County Medical Society serves as the physician’s advocate by linking medicine to the community. The Society supports safety in school athletics and organizes team physicians for local high school football teams. The Medical Society awards more than $30,000 each year in scholarships for students training in allied health fields. The Society administers recognition and awards to outstanding community contributors in health care and to physicians who work nationally and internationally to provide superior medical services. In 2011, TCMS built on its commitment to our community by creating “Project Access Tarrant County” which allows physicians to expand health care access to the uninsured and underserved of our area.

All of Radiology Associates’ physicians are members of the Tarrant County Medical Society and we are a proud participant in Project Access Tarrant County.

The Dallas County Medical Society, established in 1876, is a professional organization that has grown from 30 physicians to over 7,100 since its inception. Members are local physicians, medical students and residents dedicated to serving Dallas area patients in matters of medical care. Throughout the changes that have taken place in medicine, DCMS has remained a leader at the local, state and national levels.   As a member of the Federation of Medicine, along with the Texas Medical Association and the American Medical Association, DCMS focuses on local medical issues.

CMS provides services to physicians as well as to the public, such as in administering polio vaccines and distributing AIDS educational booklets to Dallas public school students. DCMS is active in supporting public health issues, such as increasing immunizations, preventing obesity, and supporting smoke-free Dallas.

During the Texas legislative sessions, DCMS physicians are involved in influencing legislation as it pertains to the quality of care delivered to patients. Physicians traveled to Austin to meet with legislators and discuss issues pertinent to medicine as they advocate for quality patient care.

Nationally, DCMS physicians are known for their research on issues such as Gulf War Syndrome and Alzheimer’s disease. Each year, The Max Cole Leadership Award recognizes a physician’s contribution to medicine and the Heath Award honors a layperson who has positively affected the medical community.

All of Radiology Associates’ physicians are members of the Dallas County Medical Society and some have served the society in the role of President, including Dr. Cynthia Sherry who served as DCMS president while a part of our practice in 2013.